You are here: Home / Creative Living / How to Break Up with Procrastination For Good

I’m sorry procrastination – we’ve been together for a long time now and we’ve been through a lot. Remember that time you helped me with my term paper for my French class during my sophomore year of college? Yes, yes – that’s the one – where I drank five cups of coffee to pull an all-nighter so I could write the entire thing the evening before it was due. Then in the wee hours without a wink of sleep and bloodshot eyes, I hopped on my mountain bike and pedaled like a maniac through campus to turn it into my professor. Then, later on, I had a panic attack because I was so exhausted and caffeinated at the same time.  Good times.

Well, how can I put this? I’ve been doing a lot of thinking, and I just don’t think we’re right for each other anymore. I think it’s time we go our separate ways. It’s not you. It’s me.

How to finally break up with Procrastination for good!

The question is why are so many of us so prone to procrastination when we know it’s not good for us? Well, I would like to share my own personal story about procrastination and how breaking up with procrastination really changed my life for the better.

My Story With Procrastination

My story with procrastination started early. I’m not sure where this nasty habit originated from but it certainly didn’t start or end with my term papers though. I was a terrible procrastinator for many years.  Whether I was studying for a test, studying for the SAT’s, applying to colleges, or applying for jobs. You name it – I put it off.

This was a scenario that played over and over again in my life in many different ways. Why was I making it so hard on myself? If I only had more discipline to sit down like a human and turn in the paper like a normal human being to my professor not a half-crazed lunatic in a zombie-like state.

I would feel better at the moment putting off stuff but then feel a whole heck of a lot worse later on when I was pulling an all-nighter trying to get that mid-term done.

Procrastination is defined as “to put off intentionally and habitually” in the Merriam-Webster dictionary.

Reasons Why We Procrastinate

Usually putting off things, or procrastination is a symptom of some other bigger problem – anxiety, fear of failure, or even fear of succeeding (yes that is a thing), etc. I was guilty of this for a long time.

Often people don’t take action on a goal because it can feel overwhelming. They start to think of all the things that they would need to do to accomplish it and before they even start and by that time they have talked themselves out of it.

Not knowing where to start.

Sometimes the goal can be so big and broad that you might not even know where to start.

Sometimes our attention can be focused here there and everywhere. It’s so darn easy to get distracted. Especially in today’s world – it is so darn easy to get distracted. As we all know there is distraction literally everywhere – TV, internet, mobile phone, video game. I feel like more than ever it is so tempting and easy to waste time and lose your focus.

Procrastination can also be fear-based

Fear even plays a role in procrastination. There is a new book out by Ruth Soukup called “Do It Scared.” It is all about analyzing fear and there are seven types of fear archetypes – the first and the most common being the Procrastinator. In the book, Ruth explains that Procrastinators can also be identified as perfectionists as well. They are often afraid to take action out of fear that they will make a mistake. So instead of taking action, they do nothing.

They also have the need to prepare but sometimes this preparation can be a trap because they never feel “ready.” Which means that it can also be used as another way to you guessed it – procrastinate.

The good news is that usually, Procrastinators deliver very high-level work but sometimes miss opportunities because they take too long “preparing” or miss an opportunity altogether.

How to finally break up with procrastination for good!

It’s a matter of learning to self-regulate and prioritize putting in the work now to feel better later instead of the other way around.

For me, the insanity stopped when I pursued my MBA. Those all-nighters I was pulling in high school and college weren’t going to cut it this time around. It was a really rigorous and demanding program and I just knew that by continuing procrastinating I would fail. I really didn’t want to fail. I had just taken out an obscene amount of money in student loan debt to do the program. That’s where I started to buckle up and take care of business.

In doing this I started to realize how much more I was getting done. It started to make me feel accomplished and proud of myself. I wasn’t rushing around anymore like a crazy lady right before some deadline or event.

I started to take on more and more responsibility but it wasn’t overwhelming-it felt great. As a part of my MBA program, I started to get involved in all kinds of extra-curricular activities – like instructing the salsa dancing club, playing on the Rugby team (yes you heard that right), participating in school performances for singing and dancing, and writing for the school newspaper.

I thought to myself, “I wish I had learned this sooner.” I would have been able to use my time so much more wisely. Also, I made everything so much harder on myself than it ever had to be. Plus I felt good about myself!

From that time on, I held my ground and stayed committed to staying apart from procrastination.  It has made a huge difference in my life and has helped me have a much more rich and full life! 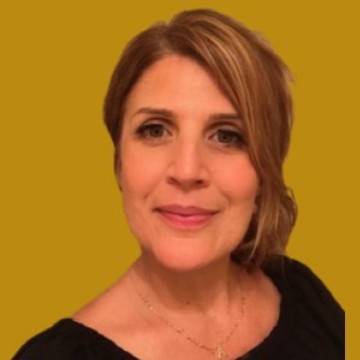 Stay up to date

All the images displayed in the Beloved theme are available in our shop here.

All you need is love. And coffee. Must have coffee.